To all my friends within the Arête Athletics Federation™, you have a long and proud history! Starting as The Damascus Soccer Club Inc. in 1988, your nonprofit was for a while the second biggest club in the state of Maryland! Players like Alice Walker started with our Club and ended up the recipient of a D1 scholarship to UNC Asheville. Several generations of former players have gone on to be successful in life with or without the game of soccer - until the next generation comes along. This show, The Soccer Sidelines, is listened to more than 50,000 times by listeners all over the world because of you!!

As the President of this Club, I walked the sidelines of DRP and Ovid Hazen season after season, doing what I called my "culture walk." I spoke with thousands of parents and hundreds of coaches over the years and found that the conversations we had were really great! But only those who were part of those discussions benefitted. Meanwhile, my inbox filled with the same questions over and over again every season - stuff that I was talking about with parents and coaches on the sidelines.

So... the show was born. This podcast was designed to be a catalog of the kinds of things parents and coaches ask me all the time. The episodes are timeless for the most part - though some current events creeped into a few shows. Click the Shows Menu above and have a look at the library of episodes. Then choose the ones that you're most interested in.

Thank you for inspiring The Soccer Sidelines podcast and the many many seasons of fun and character building soccer that you helped to support and promote through our club!

With gratitude and respect, 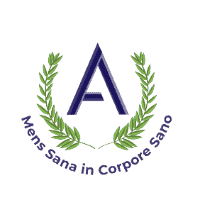