The job of being a coach requires men and women who pursue this craft to know the kids they're working with. Different age groups have different needs. They have different communication styles and differing abilities to understand the game, one another, or even instructions given them.

Most coach's training programs parse development into physical, mental, emotional, and psycho-social buckets. Today, I'm going to talk with you about age-appropriate mental development. Lest you think this knowledge is just for coaches, I assure you that if you're a parent, you'll benefit as well. I personally believe that every parent would benefit from coaching training & if such a thing as a license to have kids ever became a thing - let's hope it never does - but if it did, I would want parents trained in coaching kids at all ages. The stuff we learn as coaches is stuff that often takes parents years to figure out. We learn the hard way as parents and the stakes are highest with our own kids. A coach works with all types of kids, at all stages of maturity. 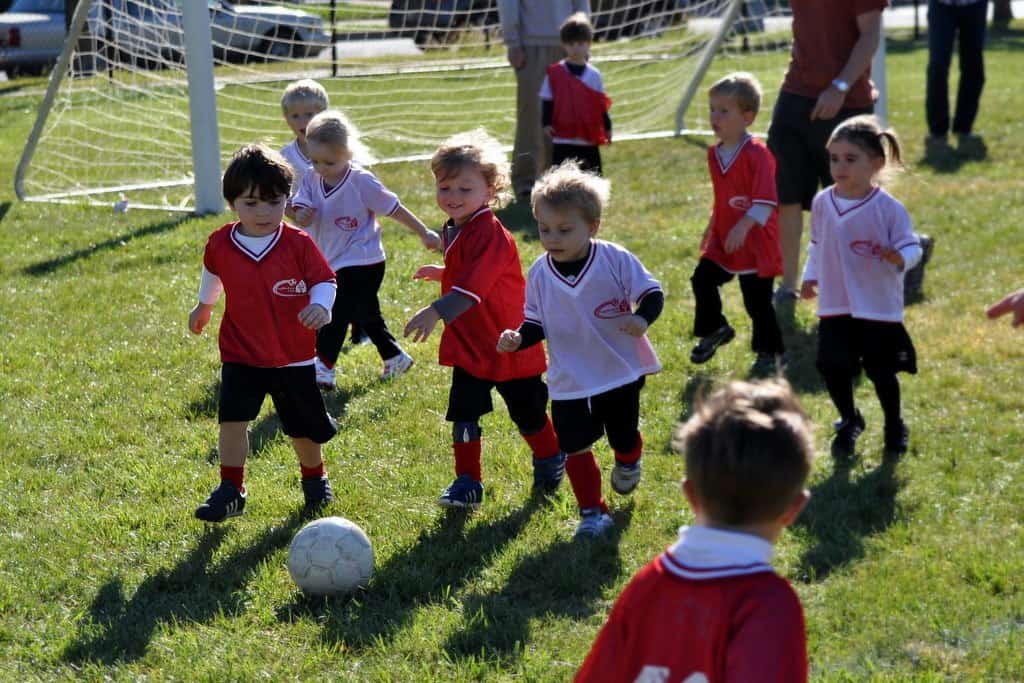 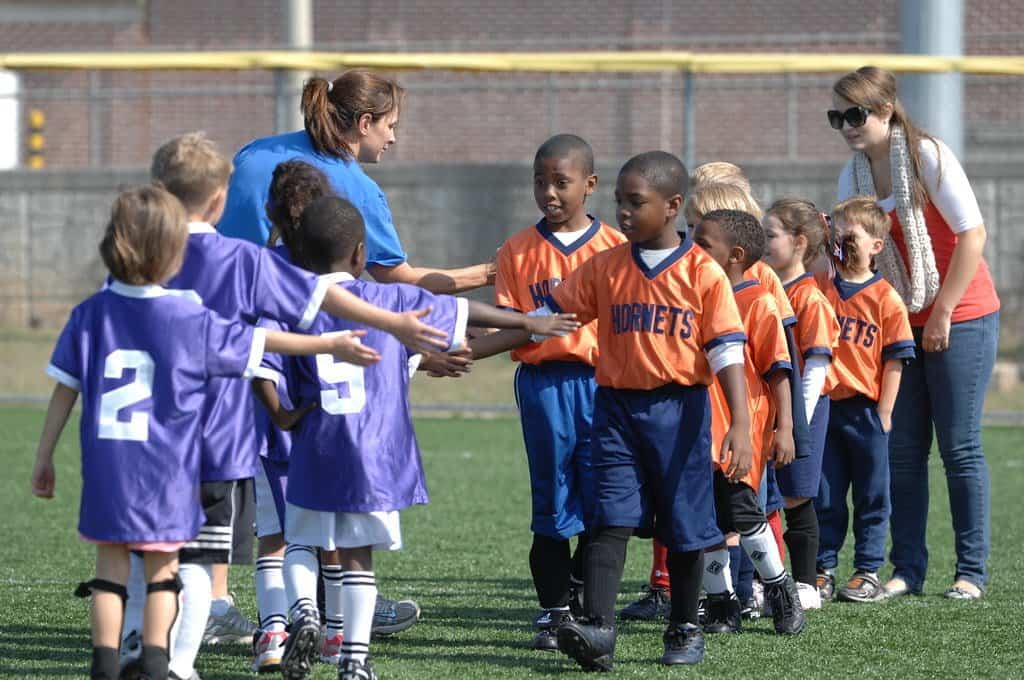 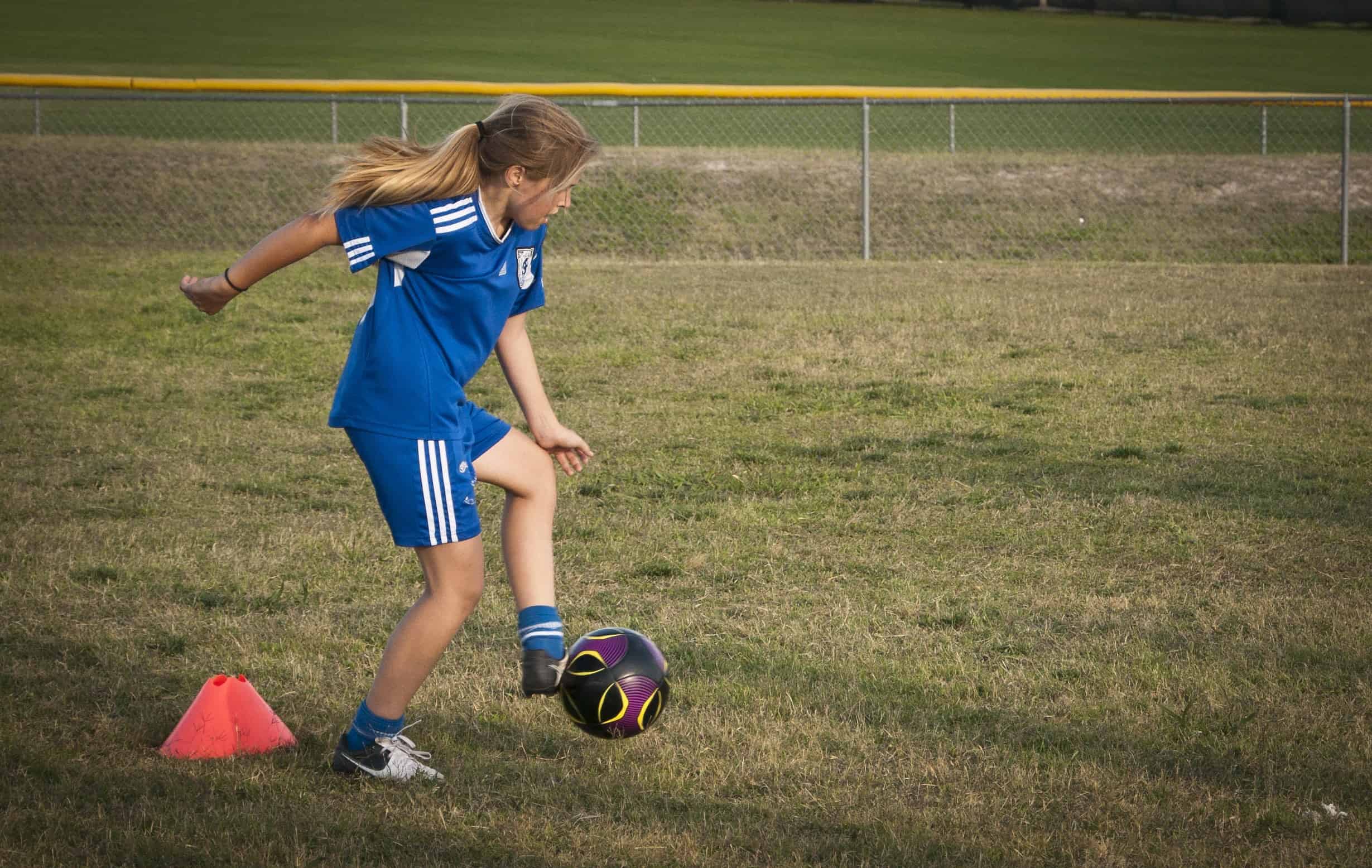 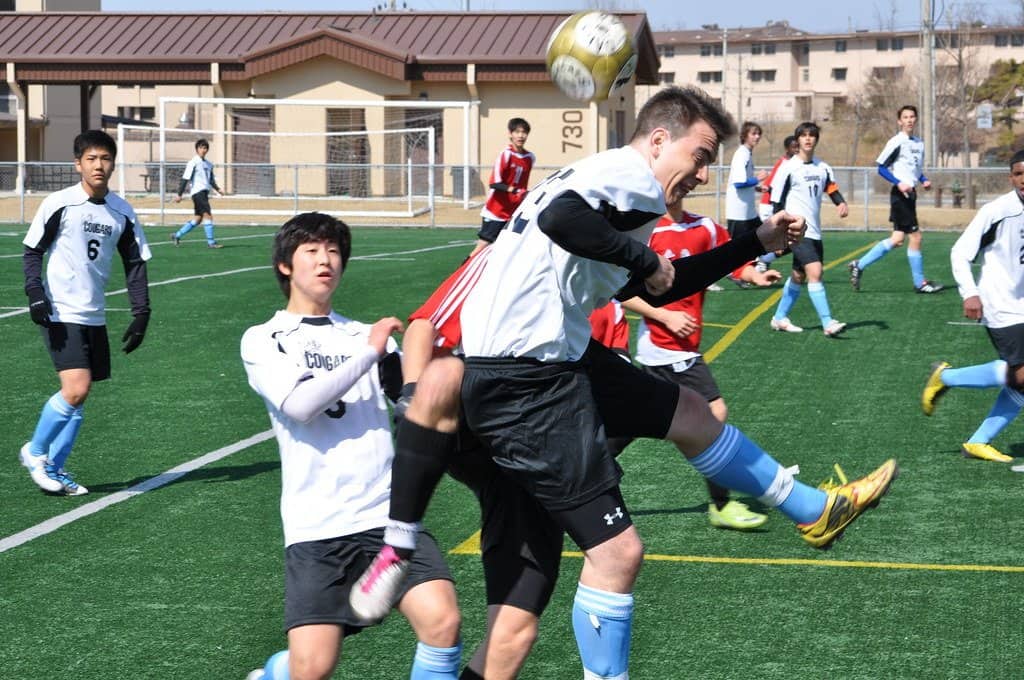 There are Stages of Development

Let's Look At Mental Development in Each of the Five Stages

In the toggle table below, I share some thoughts about each age group within a development stage. My thoughts are by no means exhaustive on the subject. In fact, I'm thinking I could do a separate podcast for each of the elements we consider, but for this one, I'm going to stick as closely as possible with mental development. It's really impossible for me to prevent some bleed over into psychosocial or even physiological aspects of development, because they do affect mental development, but I trust you'll have patience.

Young players at this stage have short attention spans. They are starting to understand visual instructions, but they tend to do better with concrete demonstrations of what they are expected to do. While many are still "parallel playing" an unaware of team dynamics like passing and group movement, they are starting to become aware of one another and the fact that other people have ideas and emotions.

Kids at this age are beginning to become more cautious. They understand there are things in the world that can cause pain and they proceed accordingly. They have wonderful imaginations and can be super spontaneous and creative.

In our program, we disguise "lessons" in the form of games. To teach movements like hopping, we might have them pretend they are bunny rabbits escaping from a fox, or we might work on coordination by playing body part tag with a ball (When I say Crumpet, touch the ball with your elbow!).

Kids in this age group still love games and imagination. Their attention span is becoming a little longer but it is inconsistent. They can focus on one task longer (not as many changes in activities). These kids talk a lot and ask a lot of questions. Their interests change frequently. They learn quickly. They like to try new activities, but they don't like to fail - most especially in the eyes of adults who praise them. They seek attention. They like to be tested (and win). And their memories are starting to develop.

In our program, we do many of the things we do for our younger, Stage 1 players, but we add some complexity, so simple games into small goals in 3v3 or 1v1 configurations, and we start using words like inside of the foot, outside of the foot, laces, etc.

Our 7 and 8-year-old players play in what we call "Transition Academy." They see 4v4 games on Saturdays and active group Academy-style practices during the week. We transition them over 8-weeks to better understand a squad structure, dribbling skills, repetition, and some of the rules of the game. We're still not playing offside, but we can introduce throw-ins and their first group tactics.

The big thing with Stage 1 and 2 kids is to have them leave the pitch after each practice and game with a positive emotional response to being outside, being active, being with friends, and learning new stuff. Effort is an important trait to praise often. We want kids to fall in love with sport in general.

These kids have growing attention spans. They want to be active and do things in order to learn. The Play Practice Play methodology, keeping kids active in game-like activities works well here.

These players lack a vocabulary to express themselves or to explain the game to others. Helping players develop their soccer vocabulary at this age is helpful. Being specific and correct about technique is important at this age because neural pathways are growing quickly and habits, both good and bad, can be ingrained.

This is the age at which players begin the process of separating from their parents.

This age group is marked by dramatic physical changes. Girls peak about 2 years (age 12) faster than boys (age 14), and both groups might be unaware of what is happening to their bodies. This presents age-specific coaching challenges - reassuring players that there are many growth and development variations and that whatever they are experiencing at this age is normal.

Players are able to think abstractly at this stage which is important for introducing team tactics and bigger picture instruction. Players have a stronger sense of right and wrong. They can train and concentrate longer. They can start accepting leadership roles on the team. They can express themselves more clearly in words. And they will start striving for perfections / success at this stage.

At this stage, players begin needing one another to push to the next level They respond more favorably to fair competition and they respond well to opportunities to be creative.

At this stage, a whole slew of additional mental issues come into play. players become engaged in other activities, begin to focus on future education and work prospects. They start taking jobs, interacting more with the opposite sex, and their view of the world expands exponentially. Sadness and suicidal thoughts are very real occurrences in high school athletics. Bad or inexperienced decisions can lead to pregnancies, alcohol and drug abuse, car accidents, and other things that weigh heavily on athletes mental status in practice and games.

Winning becomes increasingly important at this stage. Competition, contest, more physical play, and ego and school reputations are all increasingly more important. Independence from mom and dad is almost complete or will be completed by the end of Stage 5. This can lead to conflicts at home that spill over onto the field and vice versa.

Players are where they are, right? Not much we can do about their mental abilities, or about the things that affect their mental status at practices and games. We can use what we know about youth mental development to inform our practice sessions, the way we speak with players, and the environment we set up for them to learn in .

Understanding what you're working with is like having the answers to questions before they are asked. It makes for an infinitely better experience all around if the coach knows the age group along with their issues, limitations, strengths, weaknesses, and you have a good network around you to help you solve problems that don't fit your previous experience.

Take some time when crafting lesson plans to really think about how your environment and approach need to be adapted in order to most effectively connect with and influence player behavior.