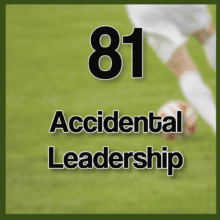 Whether you're a coach, a parent, or an interested observer, you bring more than your lawn chair to a game. You bring your ability to spot leadership, form a thought about that leadership, courage to share your thoughts, and an ability to express yourself. These are powerful tools!

Accidental leadership may not even be noticed by the person leading or it might be attributed to something other than reality. But when you see and recognize leadership in action, it's awesome! This is something that gets me excited after three decades of leading people and after ten years of coaching.

Are you cultivating leadership around the game?

How I Define Accidental Leadership

I've been in the leadership game for a long time. I've mentored many leaders from complete newbies to seasoned veterans who have been leading others for decades. Some of what we do as leaders is learned. Some of it comes from who we are - whether we realize it or not.

This Episode Inspired by Coach Emily

This past week, I brought together half a dozen of my coaches - mostly from my 11U recreation program. Two of these coaches are doing their first season in recreation. Two have a few seasons under their belt. One is a veteran. We came together to solve a problem. The teams were wildly unbalanced this Spring and scores of 10 - 0 were all too common.

We were working through the process using one of my favorite problem solving models:

We were brainstorming our way through the discussion and Emily brought up that she had her 11 year-old recreation players teaching her 9-year-old recreation players certain skills. She saw this as a positive for her team and the reason why her team gelled so nicely on the pitch. She told the group that a father from the opponent's team commented on her's teams cohesiveness after a game and asked her what her secret is. Emily was convinced it was her 11-year-olds.

I asked her to describe how she ran her practices. She, a teacher by trade, not having much experience with soccer, explained that she set up some friendly competitions. She told her players that whomever is able to do the skill they were training the best would be able to teach the others how to do it. Her 11-year-olds most often got the skill first and then took great pride (and had fun) demonstrating the skill for others, then guiding them through improvement.

To be clear, there is a very valid reason to use players, assistants, and/or trainers to help demonstrate a skill during practice. As coaches, we are not likely going to be the best at demonstrating every technique that teams need to learn. For some of us, soccer wasn't our sport. For some of us, it's been decades since we've played. For some of us, the idea of dropping a bicycle kick shot on goal makes us wince.

Using talented players, bringing in players from older teams, bringing in volunteer coaching assistants or trainers... all of these have their place in a good season. However, that's not exactly what was going on here.

Teaching others how to do a skill was clearly framed, in Emily's example, as a reward. But she was establishing culture.  Encouraging her players to do their best, seasoning her practices with friendly competition, and creating an environment where players were rewarded for helping other players - produced a collegial, respectful, and supportive environment that kids love to learn and play in.

I suspect in Emily's case, some of her teacher skills are spilling over onto the soccer pitch. She's doing what good coaches do without recognizing herself as a coach yet. This is her first season. She has almost no exposure to good coaching methodology. But she's doing it - and it's having a positive effect.

Other Examples of Accidental Leadership

Accidental leadership is not limited to new coaches. Players, volunteers, and even seasoned coaches can be accidentally leading in the community without realizing it.

My son is a composure player. He's not loud. He's not flashy, bossy, or a show off. His steady, consistent, and reliable field positioning, ability to always control the ball under pressure, selflessness, and incredible first touch into exactly the right direction makes his a leader among his peers. It takes a while for these qualities to become known when he plays with other players or coaches who don't know him, but eventually, it comes out. He ends up leading his team through action. He serves the ball, shares all the time, and changes angles of attack. His presence on the field means that the rest of his team is stronger.

My daughter is a force of personality. She doesn't have the same level of control that my son has on the ball, but she more than makes up for it in personality and courage. She inspires others on the field to be more. She strips the blanket of a down game off her team with a rally, encouragement, and a laugh that carries from deep on the defensive line to the opponent's 18. Her courage drives her to take on players twice her size and come out the other side of a 1v1 leaving a wake of "wow" behind her from both players and sideline parents. She inspires.

I ran into a former colleague - the man I replaced as Club President - sitting on the sidelines of a youth soccer game between a couple of club teams that he had no personal interest in the outcome. He knew a few of the players vaguely - that is to say he'd seen some of them play for other teams in the past - but he was watching the game as many former coaches do - just enjoying the run of play. When I asked him about this, I discovered he had a deeper reason for being there. He wanted players to know that people other than parents enjoy watching them play. He told me stories about how he'd had players recognize him as having coached before and say hello as they left the field. He explained how he thought his example would communicate to players that this game was fun - even for those who didn't have a parental mandate to watch it. He hoped to inspire.

I watched a coach named Rob lose game after game and express frustration to me that he felt like he was letting his kids down. He didn't have much soccer coaching experience and I think he felt a little inadequate. In reality, he was a deeply inspiring coach who poured his soul into his team. He was skilled at inspiring his players to find the positive in loss - in turning lemons into lemonade, and in celebrating their victories with a genuine love for their success. He actively sought assistant coaches and formal education to improve himself - further adding to his Coach status as a guy who practiced what he preached. He was a leader and he was good for those players.

As coaches and as humans who want to make a better world, it is one of our jobs to recognize and develop accidental leadership.

Cultivating Leadership Around You

Do you like being surrounded by leaders? If your answer is yes, cultivate them.

I want to be clear that recognizing and calling attention to leadership is not an activity that needs to be limited to Club officials or someone with a fancy title.  I believed in catching people doing something right long before I was a Club President. In fact, catching people doing something right is something I cultivated as a management tool long before I was involved with youth soccer. You don't need to have any special title to cultivate leadership in your community. A visitor walking on a field they've never seen before can make a huge difference.  Let me explain.

As in the above examples I cited, we just need to recognize them and then call them out. People love the thought of themselves as a leader. It adds to their sense of self worth.  When someone - anyone - walks up to them and provides some specific feedback with an example of what caught their eye, it means something to them.

I love calling out waiters and waitresses, lifeguards, booth attendants (I just participated in Rolling Thunder this past weekend for Memorial Day), camp counselors, parents, volunteers of all kinds, players, police officers, and even people just walking down the street or along the boardwalk. Once your eye is open to the leadership possibilities around you, it's just a matter of forming a clear thought, working up the courage to say something, and expressing yourself.

"I noticed that you were calling out encouragement to players on the other team today. Thank you for showing these kids what good sportsmanship looks like." I've actually said this to parents.

"The fact that you brought this up tells me that you care enough about the subject to say something. Your kids are lucky to have you in their corner."

"I saw the way you conducted yourself on the field today. Always positive. Even when that call went against you and your players were upset, you kept everyone focused on the game to come instead of getting dragged down in the game that already passed. Respect coach. I enjoyed coaching beside you today." 0 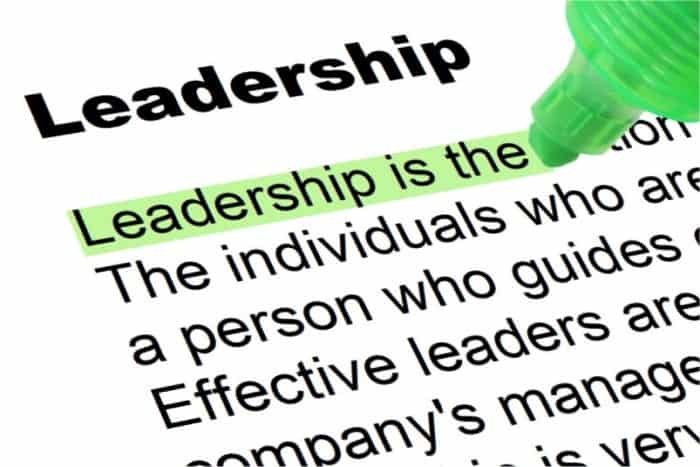 Each of these are examples from my own life, but I hope you get the point. I could have said any of these things as a sideline parent to others I noticed on the field (or in the community). As a coach, I've addressed players on opposing teams (with the coach's permission, of course), and passed on some cool stuff I saw them doing on the field. As a player, we can recognize and lift up our teammates and yes... even players from the other team, when we see them doing good things.

Every time we do this, we reenforce those leadership behaviors. Maybe we're helping them see their own leadership potential for the first time? Maybe we're planting the seeds that will grow into leaders of the future.

Who can you catch in the act of accidental leadership this week?

#31 Three Common Mistakes Made on the Soccer Pitch