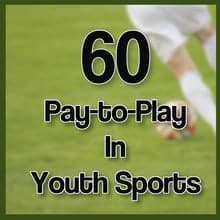 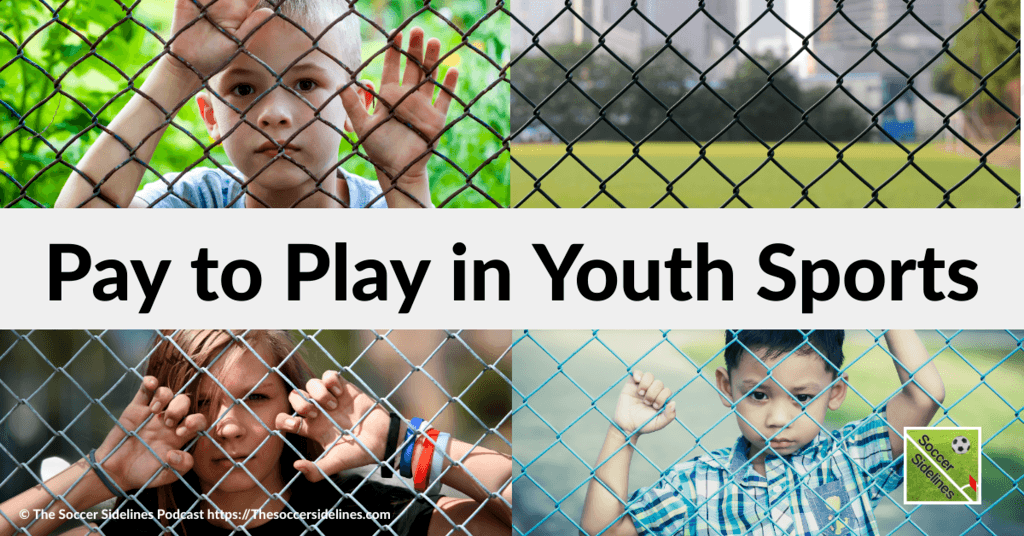 What is Pay to Play in Youth Sports?

Pay to play shares one characteristic no matter what context it’s being used in. Pay to play in youth sports =  limited access. Essentially, what this amounts to is those who have money can play. Those who don’t have money can’t afford to play. Talent takes a back seat in this discussion.

The pay-to-play system as a system that is overpriced, creates a dysfunctional commitment, prohibits some real talent from participating, and is a driving force behind declining interest in youth sports in America. I would add that it’s causing irreparable damage to the character of our country.

Costs of Playing Sports Per Child Per Year

Click on the sport you want to see average and maximum costs for.

Three Things Wrong with Pay to Play in Youth Sports

Paying thousands of dollars for a sport that requires open space and a ball is crazy. Even if one makes an argument based on the cost of superior coaching, standards don't really exist to judge the quality of a coach. Just because a coach has a certain credential does not mean that they are good. Bad coaches (or coaches that aren't in the game) take teams out for practice every day in America. With maximum costs for some sports coming in at almost $20,000 per year, something is wrong. I've done the math for my region. There are lots of opportunities to reduce costs in the system!

When we put a dollar into an investment, we become much more emotionally invested in the outcome of that investment. This is human nature. When families are spending upwards of 10% of their total income to pay for youth sports for their kids, the emotional investment in the outcome (usually as it pertains to the score board, often becomes dysfunctional. Seeing fully grown adults yelling, stomping, cheating, and acting like fools is now part of the youth sports experience. Are they too emotionally invested? Might this have anything to do with the fact that they just skipped a mortgage payment to be there?

The increased pressure and decreased access to youth sports is driving a decline in participation. When sports were free, every public open space was filled with kids running around doing fun stuff. Kids naturally want to run, throw, chase, yell, and giggle. They work on their core, their coordination, their problem solving, and they keep off the body fat. Today, we don't see many kids playing outside. They're on couches playing video games. This has to change.

Three Solutions to Minimize Pay to Play in Youth Sports

Sharpening our pencils is a term that refers to the action of revisiting the numbers. If we take a closer look at each of the components that make up a youth sports environment - from soccer cleats to field provisioning, we will find ways in which we can make the sport less expensive and more accessible to kids. In the audio program above, I go into more detail about what we can do and some of the areas we can cut costs without cutting the experience.

Increasing access means giving more kids opportunities to play and creating more opportunities to play. Some of the ways we can do this include standing up fundraising arms within clubs to collect proceeds that can be used to purchase field time and insurance to cover pickup game activities each week. Reserving an open field and letting it be known that soccer pickup games are available, is a great way to attract kids and create spontaneous fun around the game.

In this episode, I talk about the affiliate relationship I have with the 8to18 and their digital fundraising platform. If you would like to establish a fundraising program for your team of club, contact me at podcast@thesoccersidelines.com and I will help you out.

I will provide you with a branded mobile phone app for iPhone or Android that gives your supporters access to more that 600 nation vendor discounts - from Starbucks and BGR, to Adidas and Under Armor - GPS enabled and available in any state in the United States. A $25 annual subscription nets your club or team 70% of the proceeds - or $17 per sale - to do with what you like. See also Episode #26 - Fundraising for your organization, for more information.