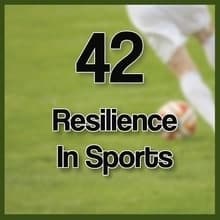 Making Lemonade out of Lemons

Those with the power to take anything that is thrown their way and turn it into something positive truly have the power to save the world. When instead of seeing lemons, we see lemonade - when instead of seeing failure, we see opportunity, we rise above the common person and become invincible. Power is not in the illusion of control of the world around us, but in our ability to perceive the world around us in a healthy and productive way - no matter what comes our way.

Youth Sports provides one of the best environments for young people to come to understand the power of perception - and as a consequence, the power of resilience. Getting knocked down and getting back up... experiencing failures and celebrating victories... Learning the relationship between the work we put in and the impact it has on our bodies, our minds, our spirit, and our team... Youth sports gives us the gift of thousands of teachable moments. We just need the ability to find and activate those moments to score in life in a big way. 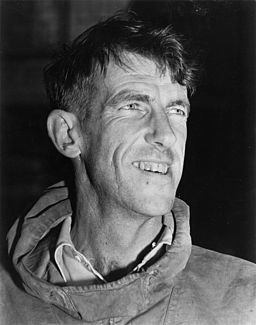 It's not the mountain that we conquer but ourselves.

You're Either Winning or Learning

As a general rule, we're not all that much different from one another. Most of us have the same basic human abilities to adapt to our environment. We've adapted to life through many ages - from pre-historic cold through plagues - from under the seas to the top of Mount Everest. We ask questions of ourselves, throw our spirit against a thing which seems at first insurmountable, and over and over again, we emerge as winners or we learn. As a people, we never lose. We just try again. As a person, we each have that spirit within us.

Nelson Mandela, after being badly beaten and thrown in jail for 27 years for his part in leading revolution in South Africa, became perhaps one of the world's most recognized leaders. Evidence of his resilience was shared with the world in one simple quote: "I never lose. I either win or I learn."

If a man like Nelson Mandela can emerge after 27 years of fighting from a jail cell and declare to the world that he can "never lose," we have the power to emerge from a bad play or a bad game of youth soccer without being defeated.

Where to Find Resilience on the Soccer Pitch

I don't think resilience comes naturally to everyone. Some kids tend to give up and walk away when things get tough. I do believe, however, that resilience can be learned, and if the environment is set up in such a way as to recognize and promote resilience, it can be absorbed by everyone who participates.

When a player whiffs a ball and pulls a Charlie Brown (this happens to everyone), coaches and parents have a choice. Do we make it okay? Do we celebrate the whiff as a right of passage and something the player was "finally" able to do - meaning that they are maturing as a soccer player? Or do we cringe and send a signal that the whiff experience is embarrassing and should be avoided at all costs?

The way we set up our environment on the pitch and at home make a big difference in whether a child is going to be willing to attempt a hard thing a second time - or tell themselves not to try. Trying again is a key ingredient in resilience. 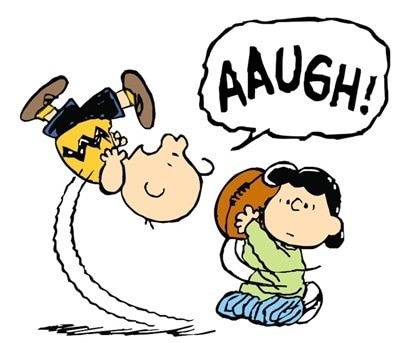 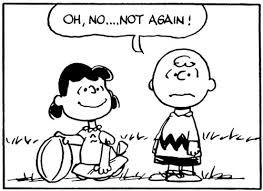 Opportunities to teach / learn resilience on a soccer pitch are everywhere. I always assume that stuff happens off the pitch before kids ever show up. They may have had a rough day. Home life might not be the best. They may have had a fight in school. They may even have a conflict with another member of my team that I'm not aware of.

Our first opportunity to work on resilience is when players first arrive. By communicating that players are in a safe place - that the world's problems are not here - that no matter what has happened, we're here now and we're going to work and be better when we leave - this sets a positive tone and get's everyone off on a good foot.

Opportunities to identify resilience building moments are almost so prevalent from that point until practice is over that we almost have to be ignoring them not to see. If you're mom or dad and pick a player up from the field, the same thing applies. The key is to identify these moments as opportunities to help players to see that events are not reflections of self. We have the ability to turn any bad into a good. We can take a rough practice and call it a great learning experience. We can take bad experiences and call them strengtheners - giving us more strength to overcome larger challenges later.  Literally, every single day on a soccer pitch is a day to work on resilience.

The Magic of Perception 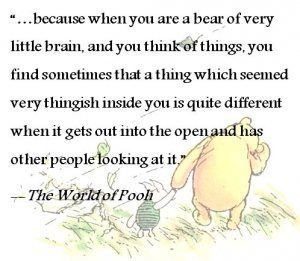 To one person, a pebble in a shoe is a bad day. To another, it's a reminder of something important.

To one person, a stumble and fall is an embarrassment and a strike against self-confidence. To another, it's an opportunity to find cool stuff under the couch.

Alan Alexander Milne through Winnie the Pooh gave us a number of really thoughtful constructs to consider with regard to perception. The way we perceive the world is often a mixture of our own personality and the input we get from those around us. If those around us freak out every time it rains or the wind blows, we can be conditioned to be afraid of the rain and wind.

If, on the other hand, people take rain and wind in stride - even though we might at first be alarmed by it, we learn to take it in stride. So it it with most things - including the mistakes we make on a soccer field, the losses we suffer on a scoreboard, and even the injuries that keep us from playing.

This episode was inspired by my son. Connor is a pretty good soccer player. He and my daughter tried out at the State level for National Soccer Camp through the Stoke City Academy and Global Image Sports partnership that I forged with my club. They did pretty well and were invited to participate in the National Camp. Both kids were excited.

Two days before we left for camp, I got a phone call from my son in the middle of the day. "Uh, Dad... I'm pretty sure I broke my arm." He was white water rafting as a camp counselor - the summer job he chose with an adventure camp. Several hours later, he was in a cast. He had suffered a buckle fracture of his right arm.

He stood on the sidelines and watched other kids who he was confident he could compete effectively with. His sister was on the field getting the full experience and finding her confidence in her own way. In the evenings, he needed extra help with wrapping his arm so he could shower. He needed help getting pinnies on and off. He needed his arm wrapped daily in bubble wrap so he wouldn't hurt another kid by accident with his cast.

For me, this experience was go time. It was a test to see how resilient he could be in the face of disappointment and adversity. He was disappointed, but he found the silver lining. He talked about the things he was able to do, the friends he made (mostly with the girls, as teenaged boys tend to appreciate), and the value of having an experience that so few kids get to try.

As a coach and as a father, it's moments like these that stand out as success stories. It's moments like this that tell me that my kids are going to be alright in life. I was completely powerless to do anything for him on this trip. We were not even allowed to visit until after camp.  It makes me proud to know that he was able to turn lemons into lemonade - this is exactly the sort of thing I know youth sports helped him to learn.